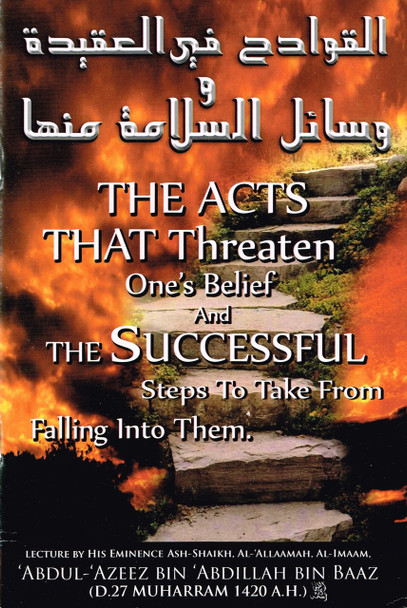 The nullifiers of one's belief that result in apostasy are called the "Nawaaqidh" The Naaqidh (the singular of Nawaaqidh) can be; by statement, by action, by belief, or by doubt. A person can disbelieve; by a statement that he makes, by an action that he does, by a belief that he holds to, or by a doubt that he is having. All four of these four issues contain the nullifier; which can threaten one's belief and corrupt it.

Price:
Sale Price: $8.95
Was:
Islam Rediscovered By Maulana Wahiduddin Khan ISBN: 9788187570400 Islam Rediscovered: Discovering Islam from its Original Sources presents Islam as it is, drawing on its original sources...
11617