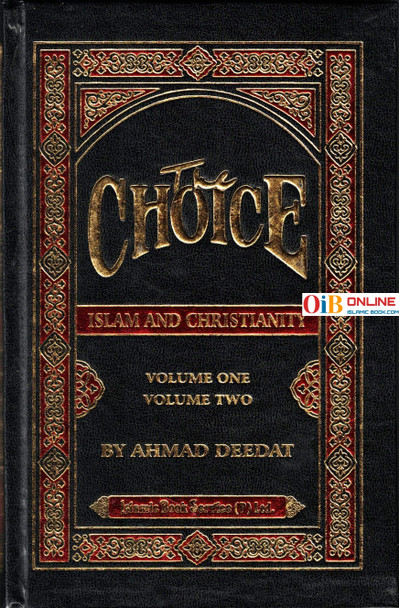 This book examines Jesus as a prophet teaching the Unity of God, and the historical collapse of Christianity as it abandoned his teaching. The author sketches the dramatic picture of the original followers of Jesus who affirmed Unity. What emerges is that "Christianity" is the fiction that replaced their truth. A work that covers the Gospel of Barnabas, the Gospel of Hermes, the Shephard, early and later Unitarian Christians, Jesus in the Gospels and in the Qur'an and Hadith. The author clearly shows the idea of Jesus as part of a Trinity was a Greek Pagan idea adopted by early Christian mission-aries to gain converts among the Greek, and did not become a widely accepted Christian doctrine until after the Council of Nicea in 325 A.D.

About Ahmad Deedat:
Sheikh Ahmed Hoosen Deedat passed away on the morning of Monday 8th August 2005. He was a remarkable individual who was responsible for inspiring so many people to become better, confident and strongerMuslims. He had been bedridden since suffering a double stroke in May 1996, and was also left speechless as a result. He endured suffering with patience and gratitude to Allah and whilst in this state, still continued his efforts to further the cause of Islam. His career in the field of Comparative Religion took him across five continents where he engaged in constructive dialogue with the heads of the Protestant world and even the late Pope John Paul II. His fearless courage, aptitude and determination are just some of the many qualities he leaves behind in his legacy. He was 88 years old and is survived by his wife, son and grandchildren. May Allah (swt) bless his soul, accept his efforts for the cause of da'wah, grant patience to his loved ones and reward him with the highest station in Paradise, Al-Firdaws.

Compilation on The Five Fundamentals Of Islam By Shabbir Ahmed

Learning the Pillars of Islam with Jibril By Abu Ahmed Farid

My Journey from Christianity to Islam By Yahya M. A. Ondigo

Dialogue Between Islam and Christianity: Discussion of Religious Dogma Between Scholars from the Two Religions

MSRP:
Now: $39.95
Was:
Dialogue Between Islam and Christianity: Discussion of Religious Dogma Between Scholars from the Two Religions ISBN: 9781569230367 The-Institute of Islamic and Arabic Sciences in America (IIASA)...
13495