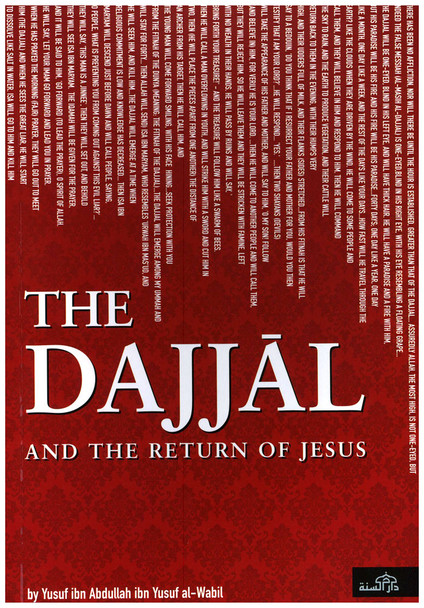 ISBN: 9781904336303
The Prophet peace be upon him said, ' There is no trial from the time of Adam's(a.s) creation until the last hour greater than that of Dajjal.'
- Every Messenger of Allah warned their ummah of dajjal..
- The Prophet peace be upon him said, 'Allah did not send any prophet but that he warned his nation of the one-eyed liar (Ad-Dajjal). He is one-eyed while your Lord is not one-eyed. The word 'Kafir' (unbeliever) is written between his two eyes.'
- Sahih Al-Bukhari Hadith 9.505 Narrated by Anas
- This book is essential reading for every seeker of truth. It equips the reader with the tools to save himeself and his loved ones from this terrible trial.
View AllClose

The Quran By Abdullah Yusuf Ali

What Did Jesus Really Say? By Misha'al ibn Abdullah Al-Kadhi

Dajjal: The AntiChrist By Ahmad Thomson

Beware of Dajjal and Gog & Magog (Yajuj and majuj) By Magdy M. Al-Shahawi