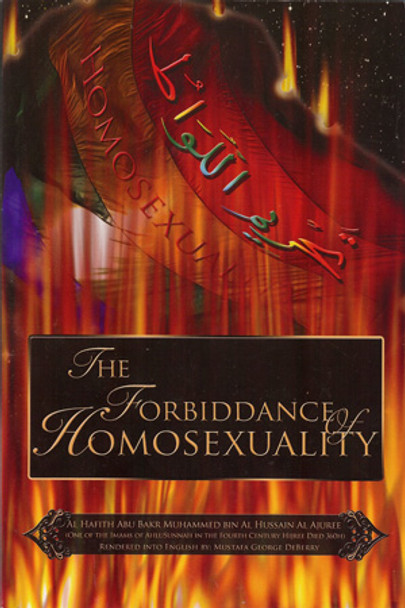 This important work by Imaam Abu Bakr al-Aajooree is a must read especially at a time where homosexuality has become the norm amongst many western societies.  This work clearly states Islaam's position on this topic which surprisingly has become one of the most rapidly spreading ills of the human race far and wide.  The author fills his treatise with Qur'aanic proofs as well as statements of our beloved Prophet Muhammad (sallallaahu 'alayhi wa sallam) along with narrations of our pious predecessors who were very firm in their stance against this great evil.  We have also included in the appendix of this work, Vital Information, Religious Verdicts, and timelines which illustrate for the reader the global war which has been waged by the gay/lesbian movement worldwide.  We hope this work will serve as a warning to the Muslim western communities in order for them not to take this matter lightly and thereby allow the forces of evil to overcome the believing men and women of society.

At-Tadhkirah,The Reminder About the Condition of the Dead and the Events of the Hereafter By Al-Imam Abu Abdullah Muhammad bin Ahmad bin Abu Bakr bin

What Happens After Death By Maulana Muhammad Ashiq ilahi

Price:
Sale Price: $7.95
Was:
Souls Journey after death By Ibn al-Qayyim al Jawziyya/ Laila Mabrouk ISBN: 9781870582055 This important book covers an area about which most people have very little knowledge but which is at...
10696