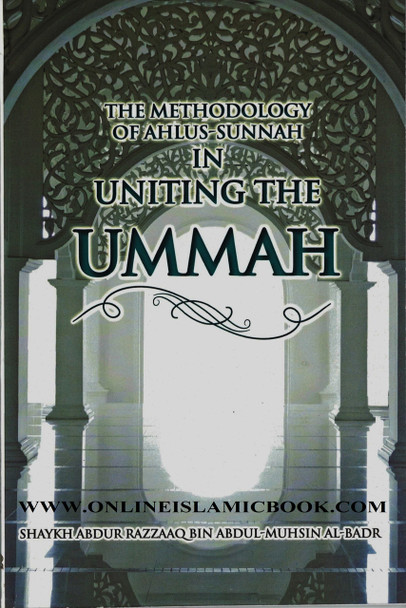 Allaah, the Blessed and High, says:

This is the command of Allaah, the Blessed and High, and His Legislation for His Prophets and the Messengers of Strong Will; establishment of the religion and not dividing in it. This verse contains the most beneficial solution and the safest remedy to quell the differing and to set in order the disarray.

Establishment of the religion is by way of clinging to their religion which Allaah, the Blessed and High, has commanded them with, and preserving it. There is no solution other than this and there is no remedy except it. In establishing the religion, there lies cutting off of the splitting which the people fall into. This is by way of completely returning to the religion.

MSRP:
Now: $21.95
Was:
The Methodology Of Ahlus Sunnah Wal-Jamaa'ah On Criticizing Individuals, Books & Groups By Shaykh Rabee Bin Haadee Al-Madkhalee This book is a translation of the monumental treatise “Manhaj...
11008