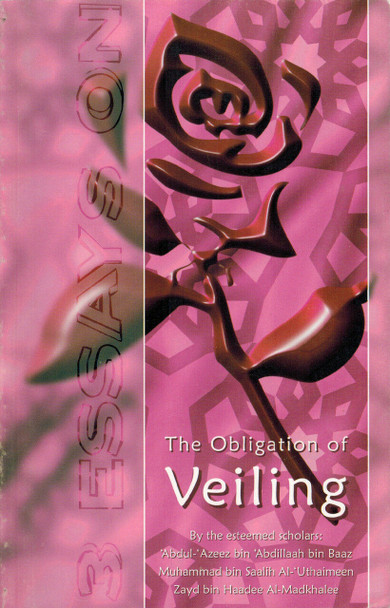 Used Like New
Price:
Sale Price: $15.00
Was:
— You save
Frequently bought together:

This book contains treaties from three of the prominent scholars of this century, all of them being from Saudi Arabia. Although their treatise are in favor of the same view, that of the obligation of veiling, they vary in that they touch upon different topics related to the Hijaab. Altogether, they strengthen one another and provide an excellent source for obtaining the proofs and evidences regarding this issue. And further add to the benefit, several appendixes have been included, which contain the tafseer of relevant ayaat and quotes from many scholars of the past and present regarding proofs and points raised by the authors.

The Obligation of the Servant By Sh. Abdul Wahab

A Comparison Between Veiling and Unveiling By Halah bint Abdullah

Price:
Sale Price: $3.50
Was:
A Comparison Between Veiling and Unveiling By Halah bint Abdullah ISBN: 9789960740546 The author has proved with references from the Qur'an and Sunnah of veiling of women in Islam. Unveiling...
10412

Essay On The Heart By Dr Abu Ameenah Bilal Philips

Price:
Sale Price: $13.95
Was:
Essay On The Heart By Dr Abu Ameenah Bilal Philips ISBN: 9789834420826 There are many books currently in circulation concerning the purification on the heart and soul. This text is a welcome...
12209